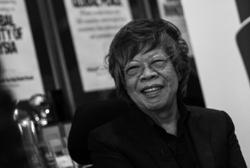 PETALING JAYA: Malaysia bade farewell to one of the most prominent figures in the higher education sector when Tan Sri Lim Kok Wing passed away at the age of 75.

“The man was a visionary and dedicated person who devoted his life to educating not only Malaysians but also foreigners,” said former higher education director-general Prof Datuk Seri Mohamed Mustafa Ishak.

“He was one of the pioneer figures in private higher education when the liberalisation of higher education started in the 1990s,” said Mohamed Mustafa, who is now the vice-chancellor of City University Malaysia.

Lim’s demise, he said, was a big loss to the country.

Malaysian Association of Private Colleges and Universities (Mapcu) president Datuk Dr Parmjit Singh said Lim was an innovator who integrated his expertise in media and branding into higher education.

“We will remember him for a lifetime of contributions towards the development of the Malaysian private higher education sector into a major export industry,” said Parmjit, who had known Lim since the days he began his college in Imbi, Kuala Lumpur.

From left to right: Mohamed Mustafa, Johan and Elajsolan.

The Kingdom of Eswatini ambassador to Malaysia, Mlondi Solomon Dlamini, paid tribute as well describing Lim as “a global citizen who was much loved”.

Namibia Higher Education, Technology and Innovation minister Dr Itah Kandjii-Murangi said Lim’s legacy would continue through the projects he had developed all over the world, including Namibia.

Philip Matthews, who had known Lim for five decades, described him as meticulous in everything he did – from the way he arranged his furniture to the way he structured his university’s courses.

He said Lim used to call him for a chat over a cup of coffee and would talk about his hopes and exchange thoughts on politics, education, and contribution to society.

“He built an education empire like no other, giving hope and a future to those who otherwise lacked the means and the opportunity. I shall miss him,” said the former New Straits Times news editor.

“I subscribe to many of his ideas for change, thinking ‘differently’ and for setting new milestones for progress and future successes.

“He redefined creative thinking and innovative ideas. He made those ideas practical. He exported the ideas and changed the education landscape of nations. He was an entrepreneur with a difference. His legacy will survive the test of time.”

In a statement, his children Datuk Seri Timothy Lim Kok Wing Jr and Datuk Tiffanee Marie Lim said: “Our father was a great man with a vision that helped place Malaysia on the global education map.

“We are deeply heartbroken over his passing, and wish to be allowed privacy at this time for us to mourn a man we deeply love.”